For those who missed it, here’s what happened at last Friday’s Slow Food Korean Dinner ….

Korean Food in the Context of Slow Food

“Korean food is regarded as a genuine slow food”. This is how Chef SungSook Han opened the evening … with a little food for thought.

Fermented foods are central to the Korean diet, she explained. The regional and seasonal ingredients are fermented and enjoyed as side dishes like Kimchi and Jeotgal (fermented seafood) or used as sauces like soy sauce, soybean paste and chili paste, adding the deep flavor and complexities to the dishes and also providing high level of probiotics.

The dinner we shared that evening started weeks ago, when Sungsook paid visits to some local Korean farms to source in-season produce for her ferments. —Not an easy task during February in Southern Ontario.

The natural conditions of the Korean peninsula facing the sea on three sides and having four distinctive seasons provide Koreans with a large variety of ingredients. People harvest seasonal wild herbs and plants from the mountains and hills (some of which, we enjoyed in our bibimbap). The culinary tradition of Korea evolved around the seasons, says Sungsook, and reflected the geographical and climatic characteristics of each region. Koreans respected the diversity and culinary traditions that they inherited from the ancestors and benefited from the biodiversity that the land had offered.

The highlight of the evening came from a special guest; a female brew-master from Korea who did not speak any English, but brought with her a secret recipe for the Korean “king’s alcohol”. She prepared a special batch herself here in Toronto and demonstrated the filtration process of the traditional Korean rice wine ‘Sul’, which uses a mother yeast called ‘Nuruk,’ made by fermenting rice and malt.

The traditional Korean Sul is made of nuruk (naturally fermented grain yeast), rice, and water without any additive or supplement and has gentle aromas redolent of apples, grapes, strawberries, peaches, plums and lotuses. Proper techniques, adequate time, and multiple fermentations result in gentle and aromatic Sul that is rich and smooth on the palate.

The Sul we enjoyed at this Slow Food dinner is called “Dongdongju” and is categorized as ‘Takju,’ which is cloudy milky rice wine in contrast to ‘Cheongju’ (clear rice wine). This Dongdongju is made from fermenting the mash of steamed sweet rice after washing 500 times. It is aged in ‘Oggi’ clay pot for 21 days and went through a single fermentation. The name Dongdongju refers to the fermented rice floating on top of Sul.

What more can we say? The experience felt almost historic and after 3 small cups of Dongdongju, everyone was speaking the same language.

Thank You to Guests Our Event Partners

Special thanks to those who supported by participating in this unique food experience. Cheers!

This event was hosted in partnership with Slow Food Toronto, representing for Slow Food International, and Hansomm Chef Inc.

Better Coffee … For Us and the Planet

There’s no debating or denying it, 2020 will be a decisive decade. Our world offers an abundance of information, but our ecological time clock is running out. We’re more connected than ever before, and yet this vast network can feel so vacuous … this is there coffee comes in!

The next Global Climate March is tomorrow, and we’re teaming up with Extinction Rebellion Toronto to collect your signs in order to showcase them and give new life to the messages!

Where to Donate/Recycle Signs:

After the March (November 29th; 2-4pm): Drop-off at Extinction Rebellion Toronto marked booth at the North-West corner of College St. and University Ave.

Anytime by December 4th: Drop-off at Restoration Cafe, anytime during our hours of operation.
*Restoration Cafe will continue to collect signs after Dec. 4th (for future art installations).

How Are we Planning to Reuse the Signs?

An installAction that will be BIG and will be seen by all those entering the Downtown core via the Don Valley Parkway.

And visit Fridays For Future for info about your local Global Climate March!

Greta Thunberg, 16, is perhaps the most prominent voice in the climate and environment crisis movement today. She started the Fridays for Future school-strike in 2018, leaving class every Friday to sit in front of the Swedish Parliament, striking for climate action:

“If you adults don’t give a damn about my future, I won’t either.”

“This September, millions of us will walk out of our workplaces and homes to join young climate strikers on the streets and demand an end to the age of fossil fuels. Our house is on fire — let’s act like it. We demand climate justice for everyone” …

In true spirit of environmental campaigning, we spent Saturday, August 24th, with our friends at Patagonia Toronto collecting names and support for our new Climate Change Coffee blend.

We Merchants feel lucky to be regular participants now in our local Patagonia store’s pop-up festivals alongside other great grassroots organizations, and we’re proud to know that our coffee and our cause is always appreciated by the community of like-minds.

If you are a coffee drinker, this is your opportunity. And even if you don’t drink coffee, you still know someone who does …

In cased you missed it, we were just on CBC Radio!

Listen to the first 10 minutes of the podcast to hear our CEO and co-founder talk about Merchants’ company values, our solar-powered coffee program, and the science of coffee freshness.

–> Link to the CBC podcast page

(Special thanks to our long-time customer and supporter, Andrew Fountain, for providing a home coffee-roasting demonstration to the CBC journalist! 😁👏)

We don’t often think of coffee as a food, and yet it is the roasted seed of a cherry; the first thing many of us consume each morning. It’s also—quite often—the last flavour to finish off a celebratory, multi-course meal.

So why wouldn’t coffee be as important as any other ingredient we cook with? …

At first it might appear all negative, but people all over the world are actively working on solutions and there is still time. Kim Robinson of Sierra Magazine analyzes the drastic changes taking place in our “Anthropocene” as well as some of the top-debated solutions for putting a halt to the global temperature rise. Here’s an excerpt that hits us particularly close to home as conservationists:

“Many of the most promising ideas for carbon dioxide drawdown are local and regional rather than global, and they make use of biological processes already well tested by evolution. Take, for example, preserving or restoring forests and peat bogs. These are good practices in and of themselves for the long-term cycling of elements crucial to life; at the same time, protecting and expanding forests can help sequester atmospheric carbon. The same goes for improving farming and ranching practices to prioritize soil health, conserving coastal wetlands, seeding and sustaining offshore kelp forests, and restoring native grasslands.” 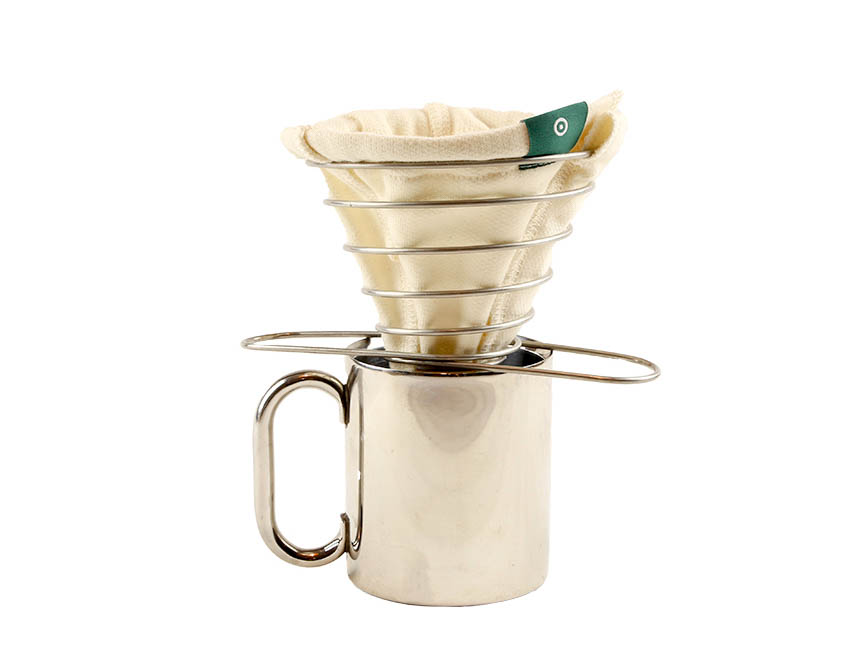 For over a decade, we’ve been developing and using this simple setup to brew our signature rich and sweet-tasting black cups of “Merchants Method” black coffee. We’ve always referred to our beloved little tool as the “coffee spring” and our process for brewing “steep & filter”—simply because we felt they were the most natural terms to describe what we were up to.

Fast-forward to now and we’re launching our coffee spring at an actual target: World domination of better coffee! To make this happen, we’ve decided to name our brewing tool “ACE Brewer”. We’ve also officially dubbed our tried and tested method for brewing as the Two-Step Steep and Filter® process.

END_OF_DOCUMENT_TOKEN_TO_BE_REPLACED

Today marks a special day in our history as we announced the official name of our cafe, along with our partners; the Mesoamerican Development Institute, who announced some exciting plans for the expansion of our flagship coffee program.

May we now welcome you to Merchants’ Restoration Cafe! Our cafe is meant to be the place where consumers can experience the embodiment of Merchants of Green Coffee’s value-set, coffee knowledge, and alternative coffee supply chain.