Coffee lovers can learn a lot from Michael Sivetz, an American coffee guru who literally ‘spilled the beans’ on the corporate coffee industry not long ago. This unknown-to-most ‘World Coffee Expert’ is responsible for publishing some of the most controversial coffee truths and exposing corporate deceit, making him a great American whistleblower that deserves widespread recognition.

He also happened to be our friend and coffee teacher (which has always felt somewhat surreal), but before we get to that and the part about how he ‘spilled the beans’, a quick glimpse into Sivetz’s exceptional life …

Michael Sivetz was known, firstly, for his brilliant mind. After graduating with a Ba. & Ma. in Science in Chemical Engineering, he took it upon himself to chemically break down the coffee bean into its 800+ individual flavour components; and after doing so, went on to write the technical industry “Bible” on coffee.

The big corporations were smart to pick him up early on, and Sivetz quickly found himself consulting for some of the largest (and now oldest) coffee companies: including, J.A. Folger Coffee Co., General Foods Corp., and R&D (now Kraft); work that spanned nearly 4 decades (from the 1940-‘70s).

No small-timer in his day, coffee projects for Sivetz included things like: inventing the first, new commercial roasting technology, innovating on coffee extraction technology, and designing and building various coffee processing plants all around the world. Towards the end of his life he devoted time working with the early Specialty Coffee Association of America (SCAA) and was honoured as an SCAA Lifetime Achievement laureate.

The fact that Sivetz was considered a World Coffee Authority is widely agreed on by the coffee industry; however, Sivetz’s real life struggle is widely understated. All existing online write-ups about Sivetz are missing the degree to which his scientific findings stirred up controversy, ultimately leading him to “spill the beans” on the burgeoning multinational coffee industry. Here’s how it all unfolded …

In his lifetime Michael Sivetz published a number of books and articles containing scientific facts that, whether he meant to or not, had the effect of exposing the unethical underbelly driving the multinational coffee trade. His two most famous and “dangerous” books being: 1. Coffee Technology (1963), and 2. Coffee Quality (1987).

Coffee Technology is the top coffee industry manual (also widely known as the coffee “Bible”). This book contains much of Sivetz’s scientific research on and technical details around coffee processing technologies, plus a history on coffee and a chapter about “Coffee and its Influences on Consumers”. Since coffee professionals were the book’s intended audience, consumers rarely got their hands on a copy despite it containing key consumer information centering on coffee freshness.

His massive, molecular finding on freshness is this: Once roasted, coffee oxidizes (i.e. “goes stale”) over a period of 3-7 days, regardless of its packaging.

The inherent “problem” with this definition of freshness is that it went against the pure profit mode of an industry (since products with short shelf-lives are more difficult and costly to manage). If consumers were to have connected the dots, the information would have revealed that all of the coffee being sold to them as “top quality” was, in fact, awfully stale; sometimes months (and even years!) past peak freshness.

Despite this freshness revelation, Sivetz kept the larger part of his own opinions out of this book and continued working for the big corps for many years; nevertheless, a strong sense of disappointment brewed within him. As an industry professional, he was doing well for himself; but as a coffee-drinker, he was beginning to feel betrayed by his own community. These feelings eventually inspired him to write and self-publish his next book in which he, some might argue “unscientifically”, included some of his more personal observations …

Sivetz Spills the Beans and Takes On Goliath

Coffee Quality is Sivetz’s big, ‘bean-spilling’ debut! This publication zeros in on the big corporations’ underlying deceit and points to the social and political issues made worse by the world coffee trade.

The book, which has been revised many times throughout the years, seems to be written from the standpoint of both a professional’s critique and an average coffee-drinking citizen’s plea to another coffee-drinking citizen. In the Preface he openly exposes the fact that the US mass coffee market was built on offering lower- and lower-quality coffees to unsuspecting consumers; then, goes on to expose the various exploitation he experienced.

Using marketing to mask important product information was unethical corporate behaviour in Sivetz’s mind. He starts leaking what he felt was crucial missing consumer information on pages 4-5, “In the USA, the major roasters have developed a low priced (and of course low quality) product from the lower grades of Arabica coffees; and since about 1960 have introduced (without public education) a change to their branded blends to more bad-tasting Robusta coffees … This blind rush to buy low cost, inferior quality coffee beans by the major corporations, not only has produced progressively worse tasting coffees, but has oriented the consumer to having to use more milk or cream to overcome the bad taste of what is being marketed.”

A more direct example of consumer exploitation experienced by Sivetz dealt with a roasting machine innovation called “quenching”. Long story made short: He was contracted to design a technology that sprayed water on the coffee beans to cool them after roasting, but in the end it had two major, negative side-effects that were overlooked at the time: 1. Degrading the quality and freshness of the beans, and 2. Adding 8% or more extra water-weight to the final product, resulting in consumers getting less coffee for the same price. “The addition of 8 to 10% water to roasted coffees is pure fraud unchecked,” he writes on page five of Coffee Quality.

In addition to ‘The Exploitation of Consumers’, the book includes Sivetz’s comments on topics: The Exploitation of Farmers; Smuggling; Civil Unrest; and Climatic Losses, all resulting either directly or indirectly from coffee commodification. He writes on page 26, “One of the most unfair aspects of the coffee growing business has been and still is the exploitative export taxes heaped on this commodity by their governments … It isn’t that some coffee farmers can’t become wealthy, it is just that this squeeze, forces all agricultural costs to be squeezed, especially the labour. Hence the labourers live in squalor, disease, hunger, and pain.”

The publication of Coffee Quality was Sivetz’s attempt to educate the public and it made him the first scientist to blow the whistle on a bad situation. In many ways, Sivetz is like the Rachel Carson of coffee; instead of alerting people to the toxins in our environment, he was alerting the masses to the loss of their dignity and warning of future calamities. Coffee consumers, it said, were being lied to and their coffee dollars were supporting social and political unrest. As one can imagine, the book’s release didn’t exactly advance Sivetz’s career in corporate coffee …

After exposing the multinational coffee industry, Sivetz was naturally marginalized. His tone was too confrontational; his research, too edgy; and its implications, too political. Nevertheless, he refused to stay quiet and became a “thorn” in the side of his associates, constantly challenging them and mocking them for selling stale coffee.

Sivetz could be found working solo more often but refused to give up his fight, continuing to expose the big corporations and directing his research towards helping the specialty coffee industry. He went on to publish, invent, patent and sell coffee beans out of an old church in Oregon well into his eighties. This was around the time we first met him …

In the year after our company was founded (1995), Merchants of Green Coffee founders, on a mission to “deliver the best-tasting coffee through a supply chain with integrity …”, traveled to Oregon to meet the outlawed coffee guru.

What Today’s Coffee Lovers Can Learn From Sivetz

On March 22, 2012, at the age of 90, the world lost a coffee legend; nevertheless, Michel Sivetz’s story and expert findings are just as relevant today as they were in his lifetime.

The vast majority of coffee continues to be sold stale; forests are rapidly disappearing in coffee producing regions; farmers often receive less money than the cost of growing the coffee; the industry is increasingly monopolizing; and false marketing abounds. In short, the coffee market has a massive impact on the world and the bottom line hasn’t changed much since Sivetz exposed its shortcomings many years ago.

There is still much to do and life is short, so we end this Ode to World Coffee Expert and Great American Whistleblower with these wise words from Sivetz, “Don’t diddle!”

If you know of any other published information sources that we can list in the links below, please write to us.

Sources for this Article 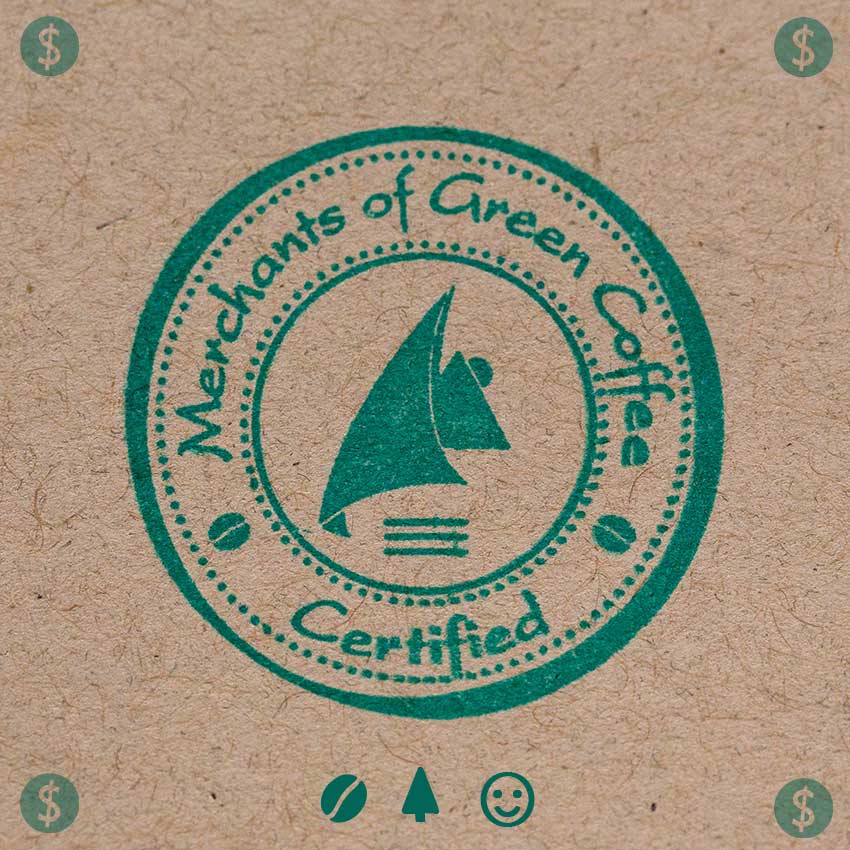